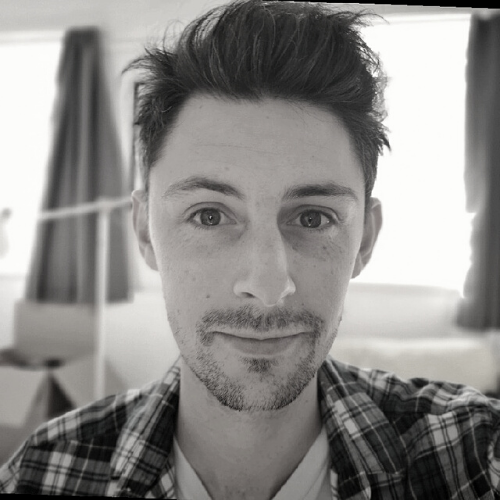 /Imagine if an AI could do all your design work

/Imagine if all your design work could be done by a robot.

Welcome back to another future tech in events blog! Where I look at emerging trends in technology which could impact the events industry in the future.

So to start – I want to take you back to a young Cam! – One of my teachers asked the class “what do you want to be when you’re older?”

A few years later that same teacher said to me “I remember when you wrote Artist, is that still the same?” – It wasn’t. Not only had I become obsessed with theatre and performing but I’d also come to the realisation that I couldn’t draw! But drawing today isn’t the be all and end all of an Artist’s career, it helps, but many of us who now use graphic design software and visual arts in their jobs don’t have any drawing skills.

When I design a set and stage for an event or a social media post for our team socials or some 3D visual art as a hobby it’s more about mastering the technology and “stealing inspiration” from other places to design creative work. The same can be said for Artificial Intelligence (AI) art. 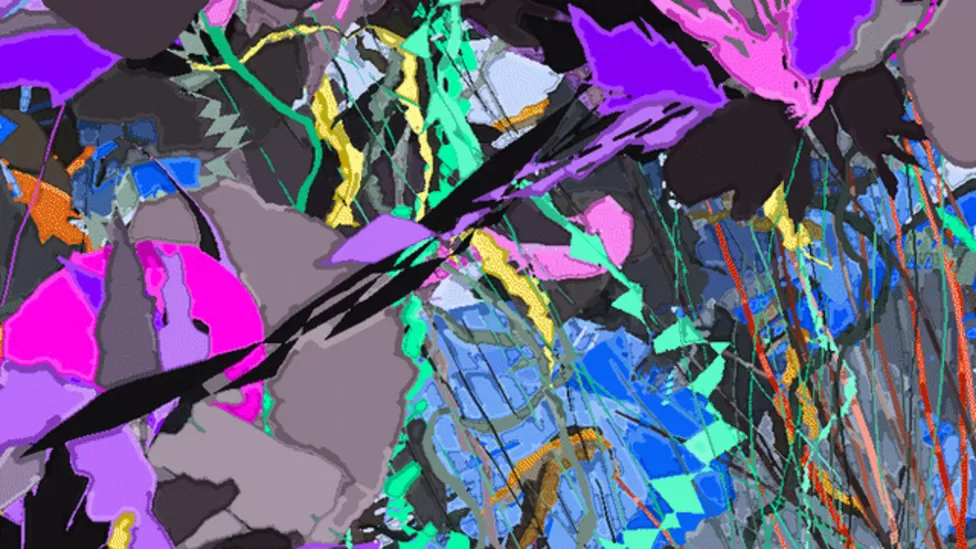 The first recorded form of AI art or AI art Software was a series of computer programs called AARON developed between 1972 – 2010 by a guy named Harold Cohen, which mostly used programming to draw abstract images, lines and shapes that didn’t resemble anything real, this eventually evolved to art that was similar to that of a toddler, finger painting and colours outside the lines, an achievement yes,  but nothing that could compete with a real art…

Today however, AI art has really progressed. Recently I found some software called Midjourney after watching a video on AI art and to put it simply it has blown my mind.

How does it work? Well within the chat window you simply type “/imagine” then after the imagine you write a prompt, for example my first prompt was:

returns four images within 60 seconds that have moulded together that sentence. – here was my first result : 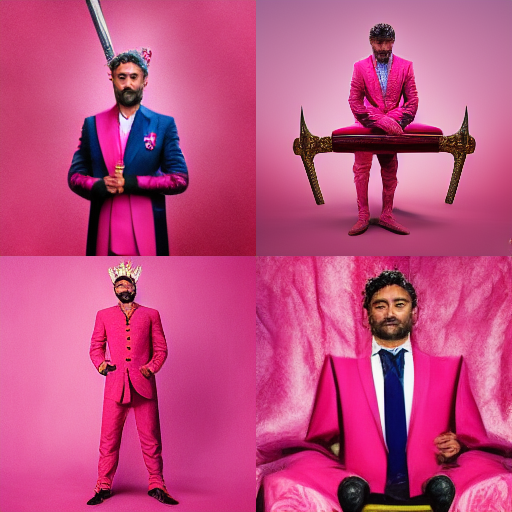 It seemed to forget about the sword, but for anyone who knows of the Director/Actor Taika Waititi you will agree, this is absolutely the Thor director wearing a pink suit with a throne of sorts. It wasn’t a perfect first attempt but as I came to find; you can adjust your sentences to achieve more accurate results. For example:

This image took some tinkering to get to the destination, but I have to admit I’m very pleased with the results! The AI is constantly being developed and the team behind it are constantly conducting surveys and collecting thoughts on how accurate each image is and what prompts work best to continuously improve and advance their AI.

So after playing around with it for some time and also spending my own money on the premium unlimited version, I got to thinking: could this help me in my professional life? Many of the initial examples I had seen from Midjourney were from the architecture community.  With prompts combining particular surroundings with architectural styles. These results would then lead to inspiration for concept drawings or in some cases actually be the concept drawing that professionals were using for the work. 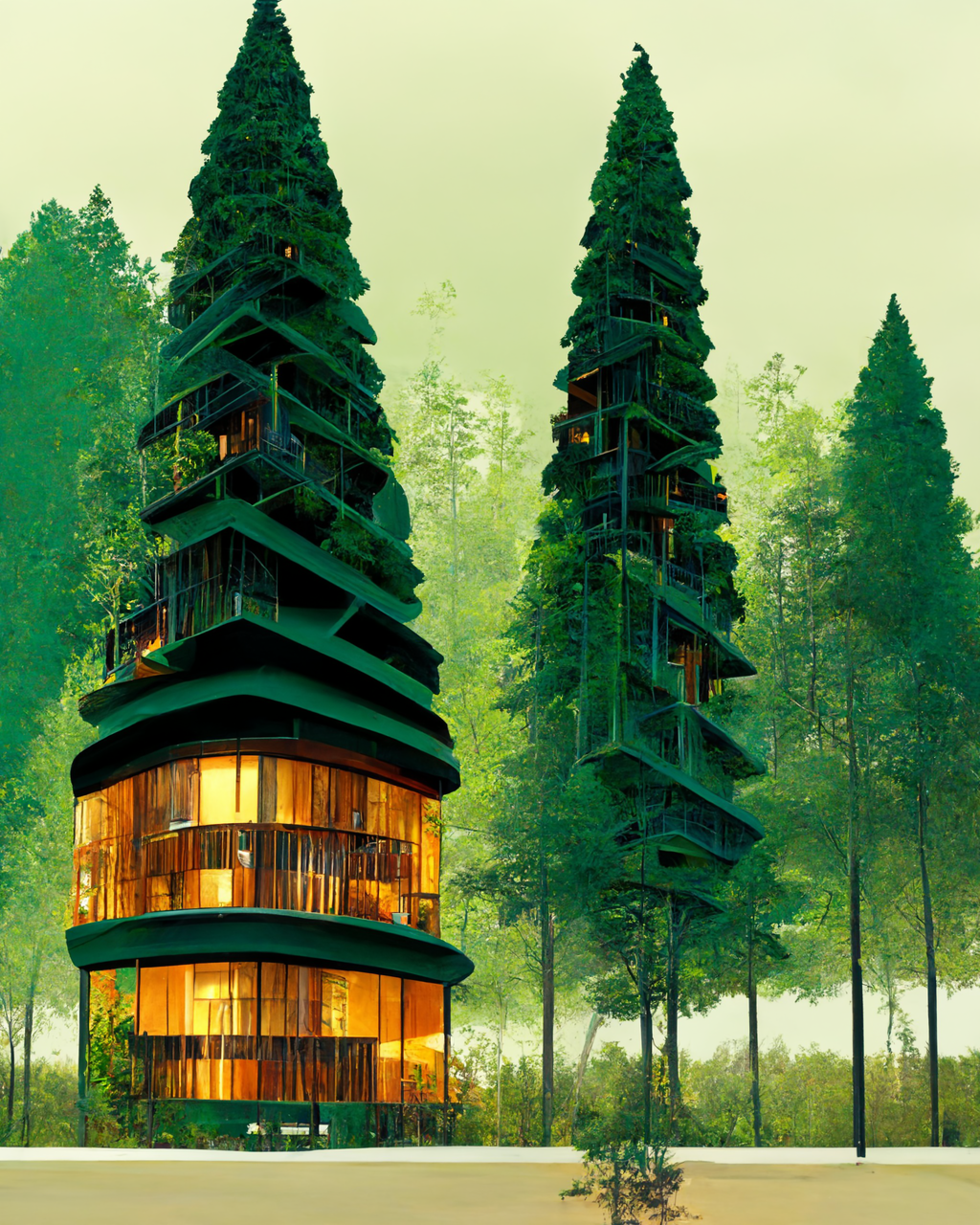 So with that as inspiration I started to explore prompts related to the events industry.

Then I started to partner those keywords with styles and colours and words that I’d seen had  been successful on other projects and here’s some of my results : 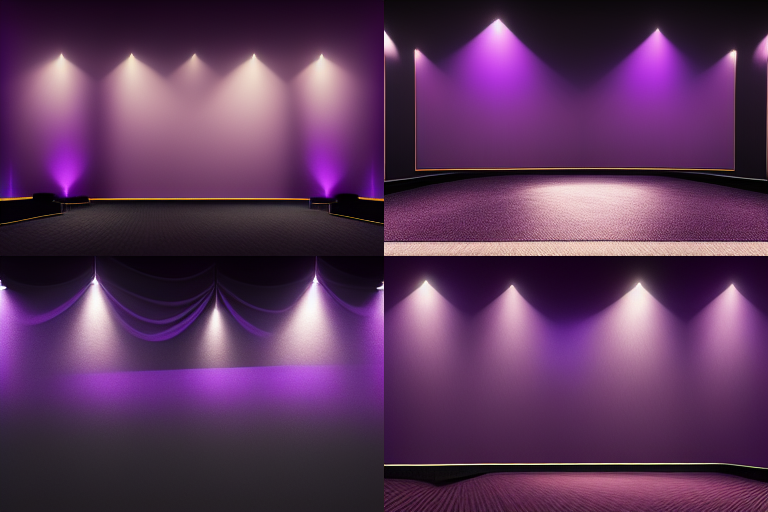 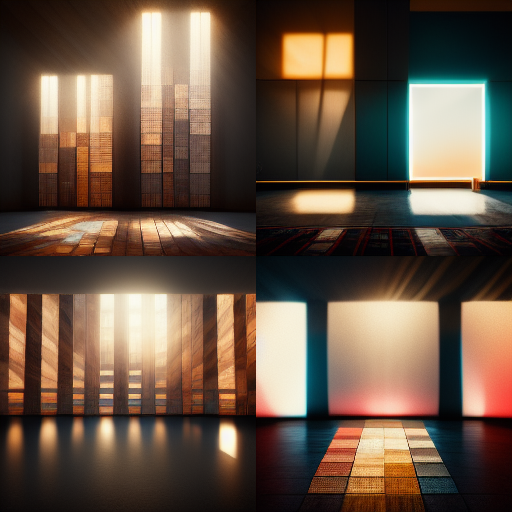 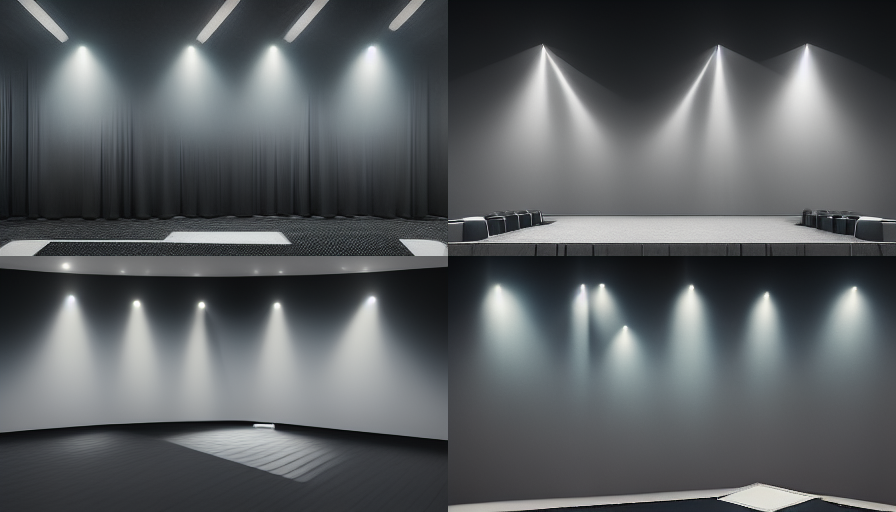 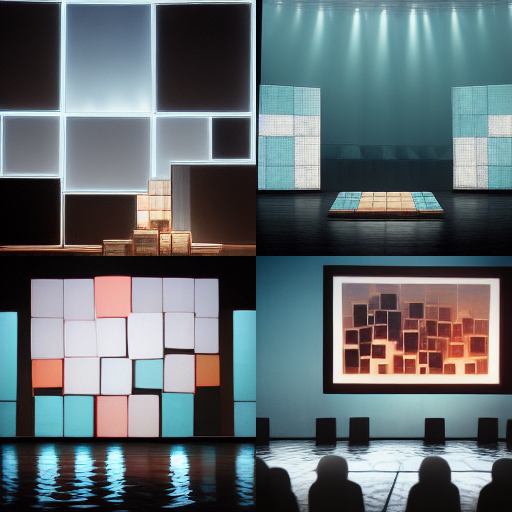 Just a tool for inspiration?

From a set design perspective it’s really given me some inspiration on how I could pitch our next live event. Imagine an exploratory meeting with a client who wants triangles that go with their brand guidelines and they want red and blue as their colour schemes, enhanced immensely by simply writing the words /imagine stage set with triangles, red, blue.

But the AI won’t then design the floor plan and make the accurate measurements and generally think in a “real world logic” perspective, it’s simply concepts. I as the set designer would still need to build that set within a 3D software, only using the AI’s work as a reference piece.

So from a graphic design and final polished product, Midjourney and AI in general is only that, an inspiration tool, a concept tool – as impressive as some of the works  are, the robot, with all its wisdom, has not arrived at a point where it will replace our designers.

I’m still yet to find myself at a point where I can design my regular twice weekly social posts with a prompt in a chat box – and let’s face it that would be boring and void of ‘sparkle’ or personality. My set designs are still left wanting  and video editing is still very much a human job, but it’s always good to add tools to your creative artillery and AI can certainly maintain it’s place in the tool shed for inspiration and vision.

AI has not replaced our design jobs, yet and I think it’s a big yet, with AI constantly improving it’s only a matter of time before the possibility is present.

It’s not quite here yet.

Did I upon first look believe this was a real frog dressed as a zen monk? yes, yes i did.